How To Deal With Toddler Tantrums Like a Cool Mom

Home » How To Deal With Toddler Tantrums Like a Cool Mom

How To Deal With Toddler Tantrums Like a Cool Mom

How to deal with toddler tantrums? It’s a normal part of a child’s development. This is the way how young children show their anger and frustration. Tantrums may happen if kids are tired, hungry or feeling uncomfortable.

They can have a meltdown when they don’t get things of their choice like a toy or a parent. Some toddlers may have it often and others may have rarely. It varies from kid to kid. 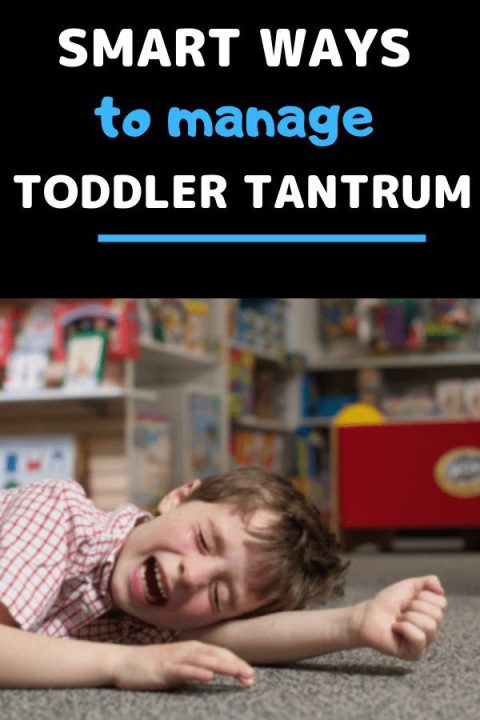 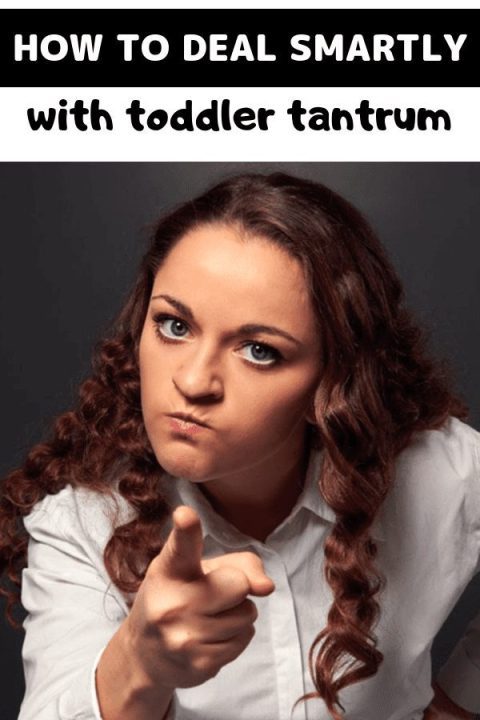 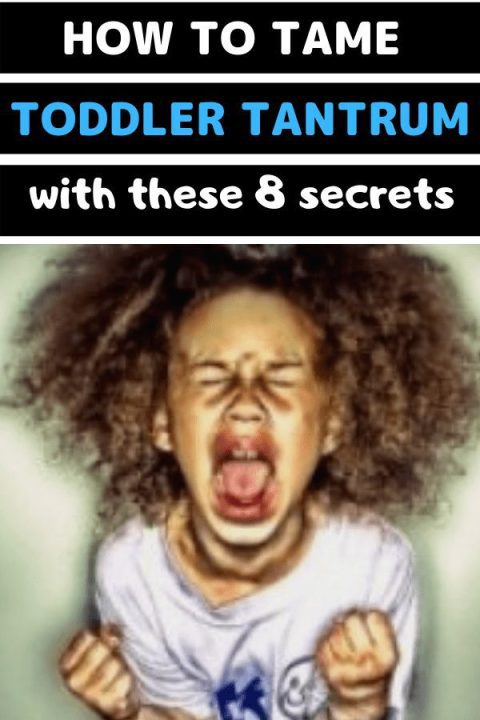 Tantrums range from whining and crying to screaming, kicking, hitting, and breath holding and equally common in boys as well as girls. It usually happens between the age of 1 to 3 years.

How to deal with frustration? It’s a skill that children learn over time. Tantrums are common during the second year of the toddler’s life when it’s started developing language skills. Because they can’t explain exactly what they want, feel or need. And that is the exact point which causes a tantrum. As their language skills improve, tantrums tend to decrease.

As human nature, toddlers also want independence and control over their environment. A child thinks that he can do all the things himself or he thinks that what does he wants to, give it to him, on the spot. But as they grow they come to know that they can’t do it and can’t get everything they want, they may have a Tantrum.

HOW TO DEAL WITH TODDLER’s TANTRUM LIKE A COOL MOM

When your kids throw Temper Tantrum, How do you feel? Do you lose your cool? Are you get frustrated? Feeling embarrassed about a public place? Don’t worry just try these proven tricks how to deal with toddler tantrums like a pro.

When you’re visiting a market with your toddler may be this condition may occur. so, be a Ninja mom keep all your weapons ready to fight with Tantrum.

1. Stave off the Hangry 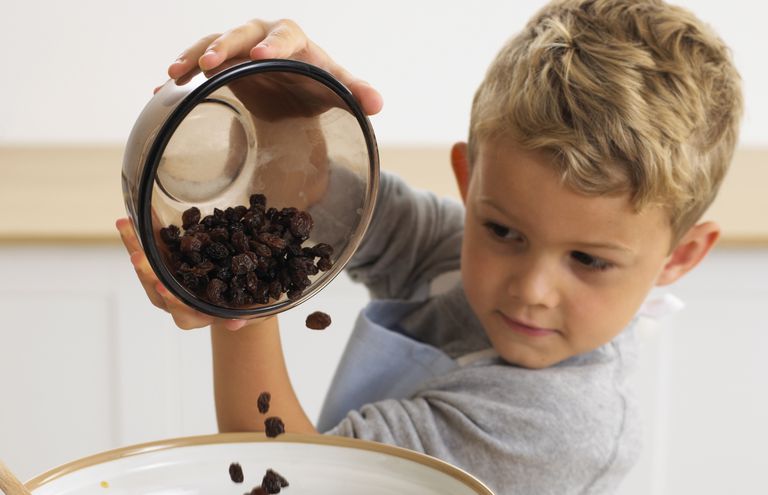 This one is the best and easy trick. Bring snacks and candy bars with you everywhere you go, but be mindful of your kid’s nap time. You know when kids are hungry or tired they have zero tolerance and get disappointed easily. Because they don’t know how to ask for a snack or a nap as their language skills are not developed enough.

Just stick a raisin box in your child’s hand when you’re visiting a grocery store. But don’t try anyhow to get stuff done if you know that it’s past his nap time. 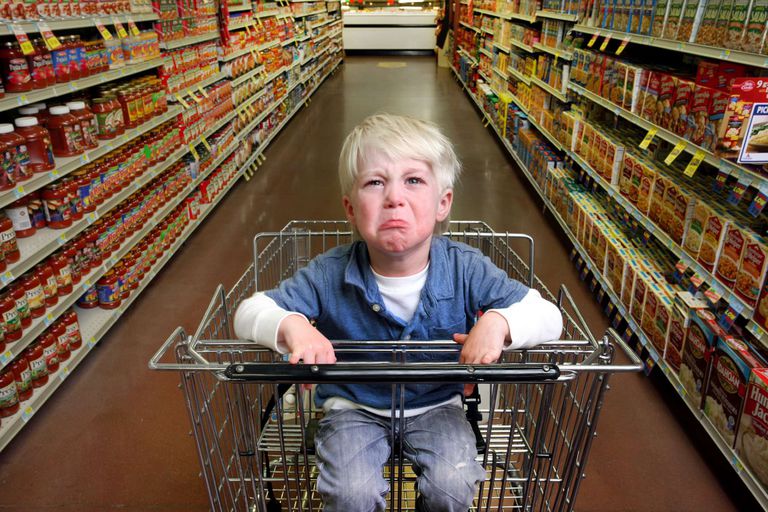 Think about it – Does your kid freak out when he sees all the candy in the checkout lane? Do you try to get your kid dressed before you leave in the morning end in the screaming and tears?

Be cool, pay attention to the situations where your toddler tends to lose his temper. Below are tips:- 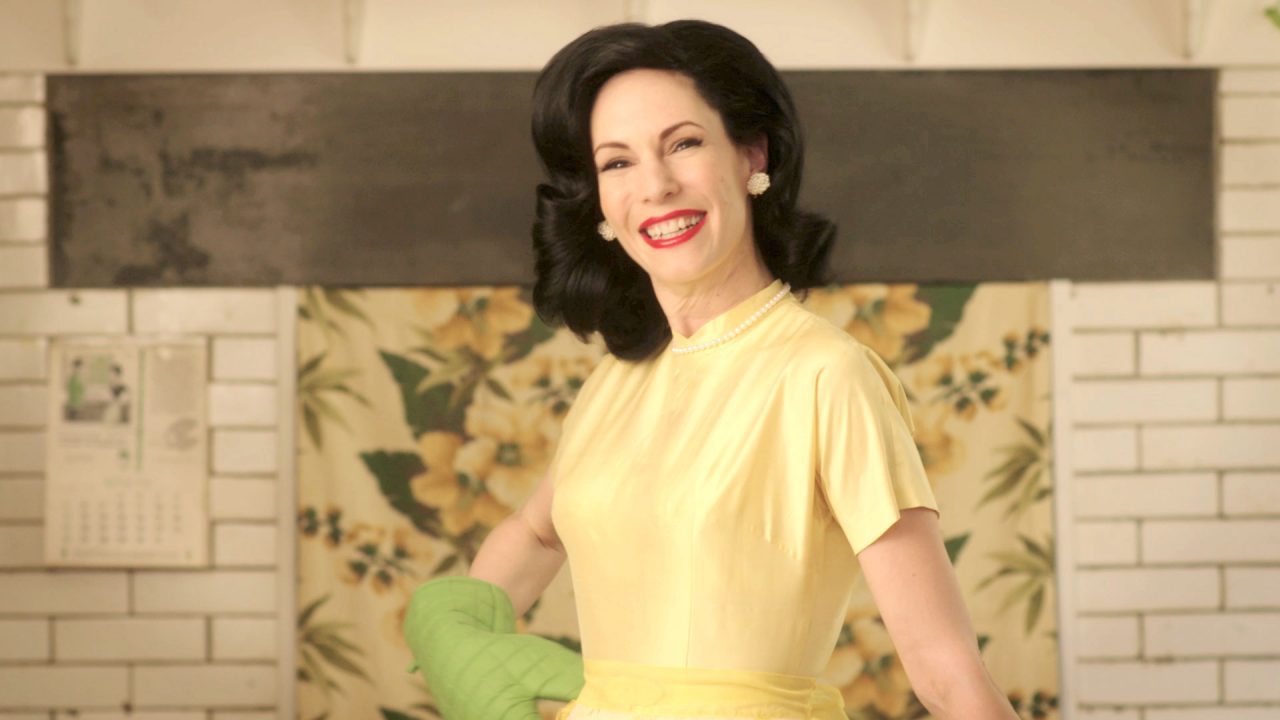 You have done all possible things to ward off a tantrum. But still, you see the warning signs of impending doom. The worst thing you can do? You may lose your own cool.

But if you want the storm to pass quickly, cool down take a few seconds to brace yourself. Below are some ideas:- 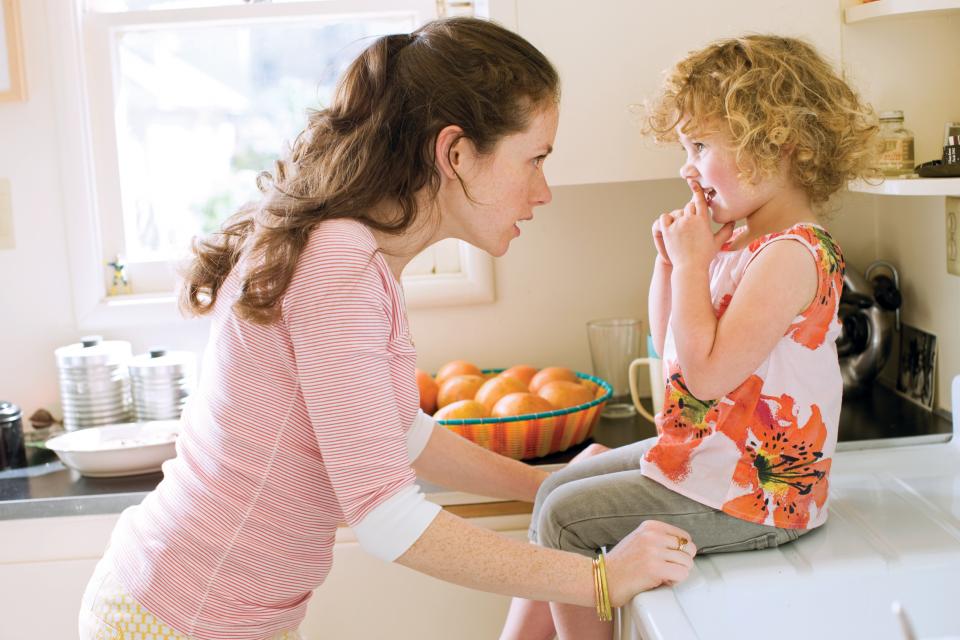 Recognize your kid’s feelings. This simple step can help shorten the tantrum dramatically. It makes sense if you think about it. Example when you’ve been most upset about, what do you want?

Your dear one or friend looks in your eyes, give you a hug and make you comfortable that you could tell him all the matter that’s why you’re worried about.

When we are upset, we want someone emotionally helps us to calm down and move on. Your kid is the same way. He also wants emotionally support. Below are the tips try to calm down his tantrum:-

Your soothing words let you hug him which can help to calm down. Because your hug and love release happy hormones. 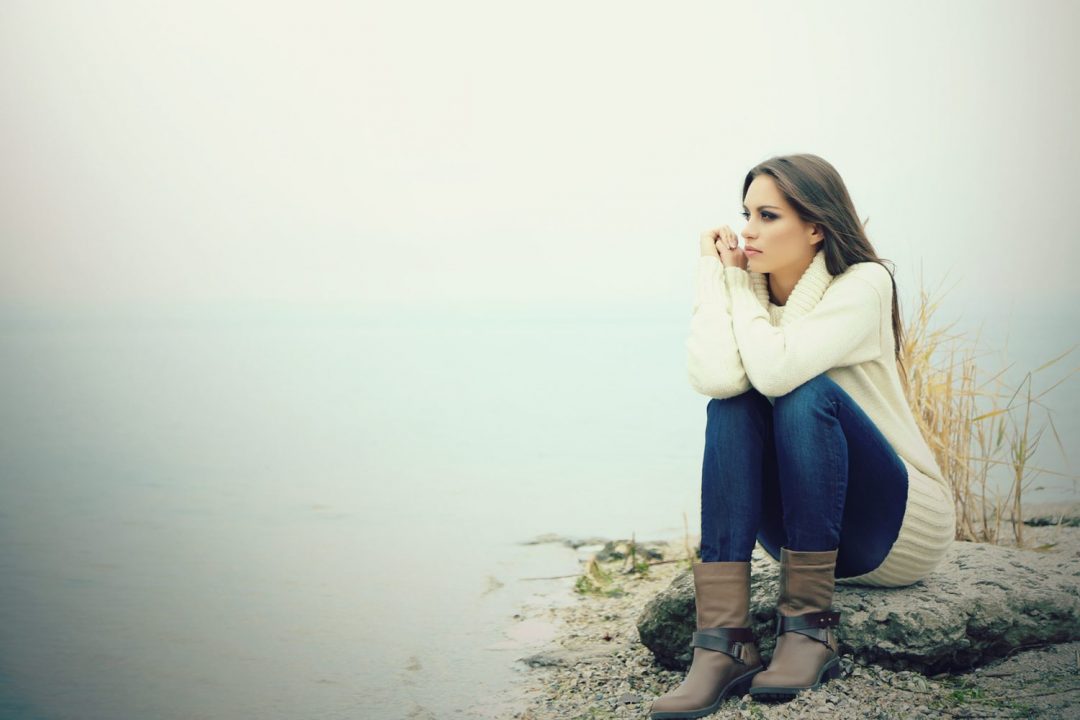 The best thing is to keep cool yourself when responding to a tantrum. Don’t complicate the problem with your own anger. Remind yourself that your job is helping your child to get off a tantrum. Firstly, calm down yourself.

Tantrum should be handled differently depending on? Why your child is upset? Sometimes, you have to provide comfort. If your child is tired or hungry. Give him snacks or help him to take a nap.

Kids who are in danger of hurting themselves or others during a tantrum should be taken to a quiet and safe place to calm down.

If the safety concern issue is involved and kid repeats the forbidden behavior after being told to stop, use a time-out and hold him firmly for a few minutes. Don’t give in on safety issues.

6. Don’t Do These Things 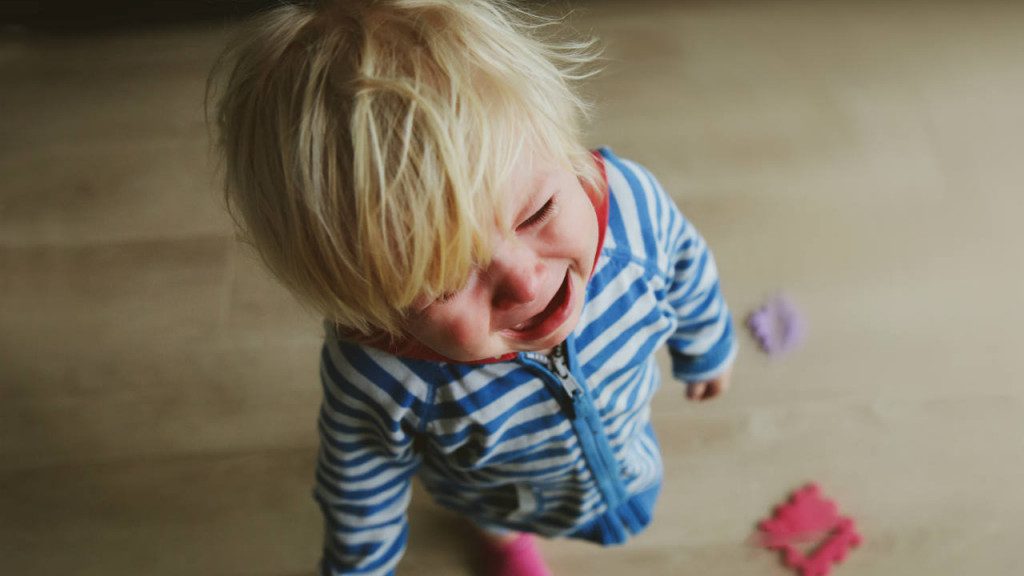 If your mini-me is throwing a fit over Snickers bar, refuse to give him the bars. This will help you escape the situation this time. But giving in teaches him to get what he wants something goes berserk. It’s not a perfect way to deal with toddler tantrums.

Researches show that ignoring or punishing the toddler’s tantrum doesn’t help. Rather than setting a time limit, tell your child to stay in a room to regain control. This is empowering as kids can affect the outcome by their own action. And gain a sense of control which he lost during a tantrum.

You can’t reason your child during the tantrum. His brain just won’t compute what you’re trying to say. Don’t ask any questions, don’t try to use any logic. These questions will probably intensify the tantrums and make it last longer. Try to deal your toddler tantrums peacefully. 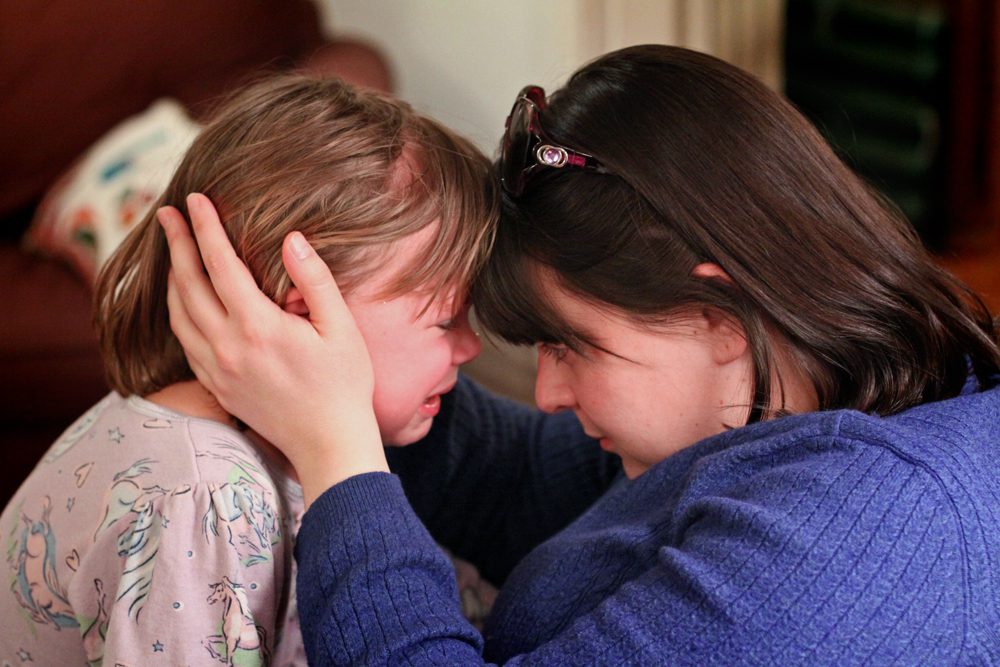 Do not deal with your child tantrums by giving him a reward. This will encourage him that the tantrum was effective. Instead, verbally praise your child for regaining control, use the statements such as “I like the way you calm down yourself.”

When the tantrum like a storm is passed out and now everywhere is calm again and it’s time to sigh with relief and put the whole episode out of mind. But if you want to learn how to self regulate his emotions, it’s very important to talk about what happened?

It’s like a pain in the asshole, as my son doesn’t like to discuss what happened. But after we’ve talked, we’re always glad we did it.

Also, kids may be especially vulnerable after a tantrum when they know they’ve been less than adorable. Now when your child is calm down and it is the time for a hug and is loved, no matter what happened? What he had done?

Make sure your child is getting enough sleep. With little sleep, kids can become hyper, disagreeable, and have extremes in behavior. Adequate sleep helps him to reduce the stress of tantrum.

8. WHEN TO CALL A DOCTOR 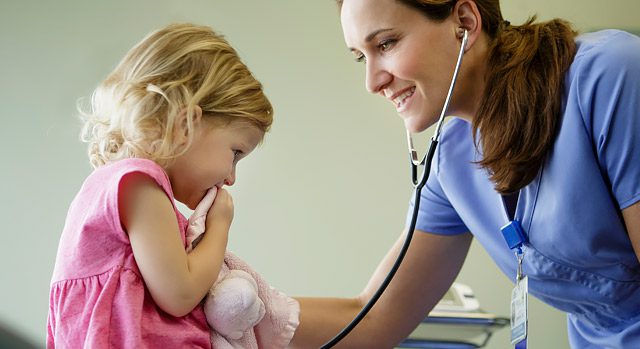 Talk to a doctor if there are any conditions occurred:-

Your doctor checks if there is any health problem that may cause tantrums although the above symptoms are not common.

Sometimes, hearing or vision problems, chronic illness or learning disability give birth to tantrums. Remember, tantrums usually don’t cause for concern and stop on their own. As kids get older, they gain self-control.